Insurance. Not exciting but expensive if you get it wrong! 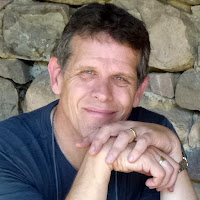 Let me get your interest straightaway lest the subject, insurance, sends you quickly to sleep! These are two true examples of what happened to some Loughborough landlords who had good insurance policies; I'll leave it to your imagination to work out what it could have been like for them if they'd had standard off the shelf cheap insurance and saved themselves thirty quid on the annual premium:

Mr & Mrs Landlord A had a flood caused by a blocked culvert near their house. Major damage to the lounge and the kitchen and new kitchen and flooring etc required. Tenant was just leaving at this point. This very expensive job took time to complete and the house was uninhabitable / unrentable whilst work was going on. Probable four figure rent sum was to be lost. Good insurance policy paid for all the work to be done less a small excess and paid the rent the landlords should have received if they'd been able to rent it. Just when the majority of the work was complete and the house was being remarketed for new tenants, the street flooded again! Again the insurance paid for the damage to be repaired and the lost rent whilst it was going on - and it had been dragging on for sometime by now. All is now well again and the landlord has done very well out of their insurance. If they had taken out a cheap off the shelf policy sold by a 3rd party direct off the internet rather than one from a professional (me as it happened) then I'll leave it to your imagination as to what it could have been like and how large their losses would have been.

Another side of the insurance coin and another true example. Covering yourself for tenant default. Again in Loughborough Mr and Mrs Landlord B were enjoying a few years working abroad in sunny climes the other side of the world; at about the time they started to plan their return and ask for possession of their house the tenant defaulted on rent and started playing up. Mr & Mrs Landlord however were committed to a return date and now had nowhere to live on their return. They had to rent a house when they returned because they couldn't even get into their own home - they were in rented for 4 months whilst it was all resolved! Possession proceedings had to be handled through the courts and solicitors (expensive) made sure it went through properly, notable damage was caused at the property, great expenses were incurred by the landlords on rent, removal costs into a rented house and then eventually back into their own. Nightmare scenario. However, these landlords had taken out a Tenant Default Insurance policy that paid these costs and handled the whole thing. Guess who recommended it and sold it to them ..... sometimes you can get a kick out of being in this industry when you manage to help someone in a significant way.

What's the best thing about landlords insurance whether it be buildings, contents, tenant default? It's a tax deductible expense of your lettings business! Thanks again Mr Osborne .....